EDITORIAL
1 . From Infrequent to Continuous Delivery
2 . The Journey to Self-Organization
3 . Observe your Users, Don’t Just Survey Them
4 . A Couple of Thoughts on People
5 . Dismantling Hierarchy: Easier Said than Done
6 . The Boundaryless Wisdom of Agile
Quotes
Seriously?

2 . The Journey to Self-Organization

When a Team Becomes More Than Just a Collection of People

Get a bunch of people, have them seated in a room, and label them as a team. Once we have done that, we’ll then prepare some tasks for them to perform, explain some vague goals to be achieved, and then watch the magic happen?

Self-organization! Empowerment! Commitment! Excitement! That, my friend, you WON’T get.

“But why?” you might ask. I have read so much about these great examples of how people just organize themselves around a common goal and get on with their workload with no supervision or micromanagement needed.

Eventually, that may be true. However, what you might not have realized is that all those books and articles about self-organization have a small asterisk in there somewhere. They all seem to have a word TEAM mentioned somewhere, usually next to the ‘self-organizing’ part.

So what is a team exactly?

It is definitely not just a working group or co-acting group that “consists of people working in proximity to one another, but not depending on what the others do to complete their respective jobs” [Kaltenecker and Hundermark, “What Are Self-Organizing Teams?”].

There are many definitions of a team but I like this one the most:

“A team becomes more than just a collection of people when a strong sense of mutual commitment creates synergy, thus generating performance greater than the sum of the performance of its individual members.” [Wikipedia]

Many of the sources also mention things such as a common goal (or even a “compelling mission”), clear boundaries, stability, trust, and diversity are all necessary factors in describing and creating an effective team.

Now that you have heard about those self-organizing TEAMS, you probably want to get there with your team. You really, REALLY want to reach this promised land of creativity, commitment, and amazing performance.

Before we start though, I want you to be AB-SO-LU-TE-LY sure that you want to INVEST in a team. It will take time, money, sweat, tears, and a lot of nerve to pull it off.

Not every project or task needs to be executed by a team.

If you want a solution for a short-term goal, a ‘quick fix’ or you have a clear plan on what to do, it might be better to create a (work) group with a strong leader.

If you want a long-lasting performance that will, in time, exceed that of a (work) group, then you might invest in building teams.

There is room for both entities in an organization.

Teams are great when you need to, for example, design a car. Groups are excellent to build thousands of them and ship them to customers [Rozumenko, “Do you really need the Team?”]. 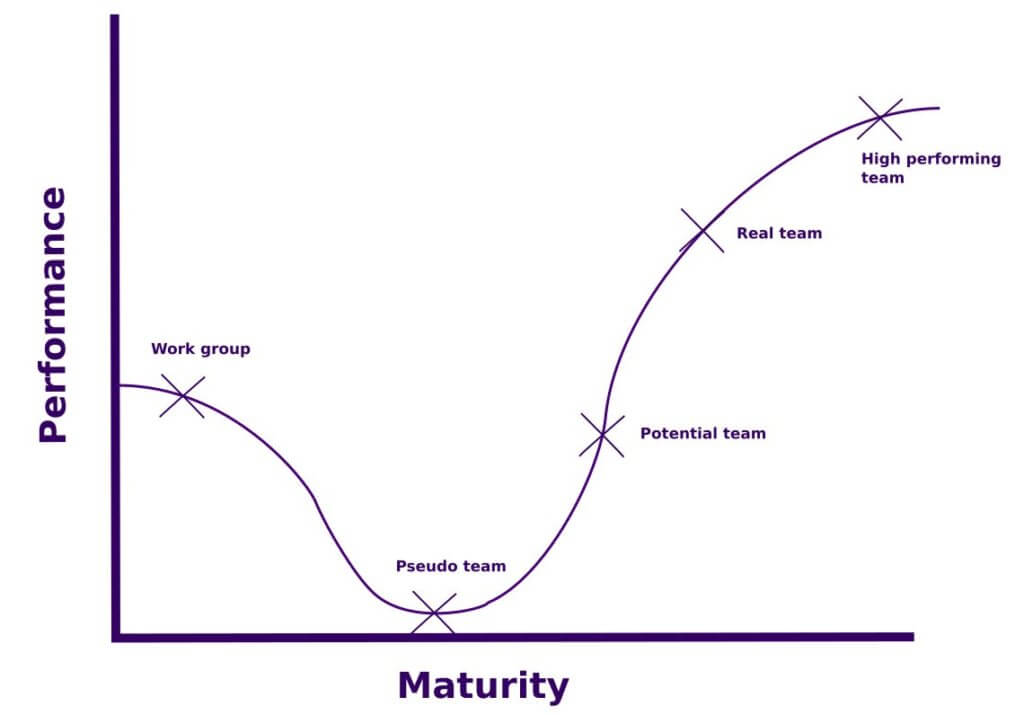 So, if you are 100% sure that what you need is a self-organizing team, then let us proceed.

Looking back on my work with groups and teams, I tend to lean towards the idea that there are 4 (or 5) distinct stages of group development – a theory originally synthesized by Bruce Tuckman [Tuckman, “Developmental sequence in small groups”] from around fifty group studies of group development and then extended and empirically tested by S. A. Wheelan [Wheelan, Davidson and Tilin, “Group development across time: Reality or illusion? Small Group Research”].

Those are so-called ‘Life cycle models’ (extension of linear models) that describe a number of stages that the group (and eventually – team) goes through in a ‘step-by-step’ fashion [Van de Ven and Poole, “Explaining Development and Change in Organizations”]. 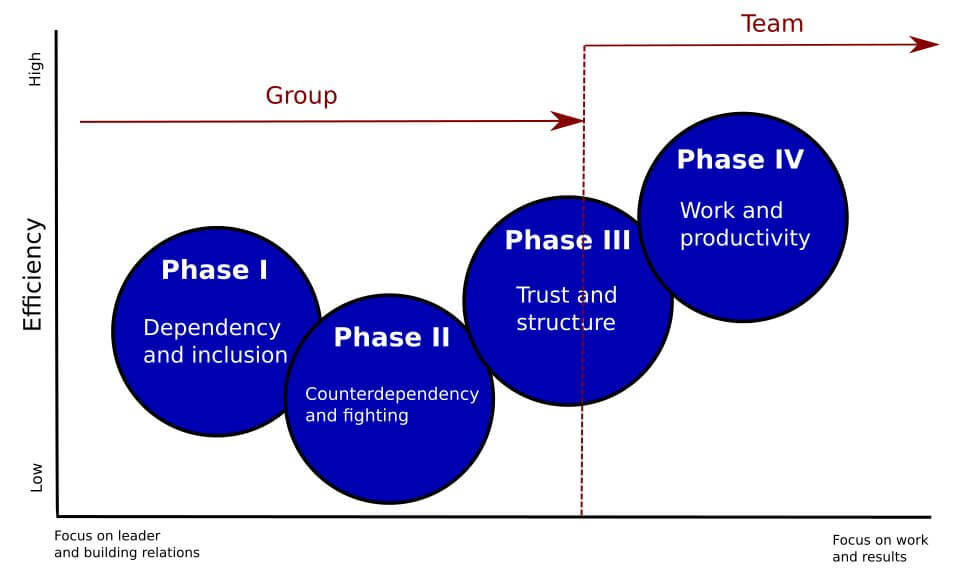 The longer the group ‘lives’, the more qualities from phase III and IV are noticed by the group members and less of those related to phase I and II. Also, the perceived efficiency and productivity mirrors the graph above.

However, I also tend to agree with theories that include repeating (recurring) cycles of those stages of development (as found in “Analysis of Groups” by Gibbard, Hartman and Mann) and that the teams can regress to previous stages or even have team members individually ‘stuck’ in a different stage of group development than the rest of the group.

I have observed that there seems to be a constant struggle within team members between the need to belong to a group and the need to retain an autonomous individually. This is somehow encompassed by the observation (and realization) of different roles that emerge in the team.

But let’s say you study, understand, practice and successfully push (travel) your team through the four phases:

The initial stage, when a group (not yet a team) meets and starts to work together. (Almost) no conflicts, dependency on a leader to show direction, looking for commonalities among group members and concerns about safety – avoiding “exposing too much”.

Some have called this stage the “Orientation” phase, others “Orientation and Dependency”, and some others “Dependency and Inclusion”. The most widely recognized term might be “Forming”. Personally, I call it the “sniffing each other” phase.

Then the storming portion, when internal conflicts arise, emotions run high, leaders emerge and clash (with team members taking sides), and informal rules, processes and practices emerge and are challenged.

In this “Trust and Structure stage”, group norms are distilled and introduced by the team itself in order to clarify the means for effective communication, work split and distribution, meeting facilitation and other processes. This means that the self-organization will finally start to kick-in.

And finally, the performing stage.

You have just reached the Holy Grail of “Team Developers”. Good Job! You are done and can go home, right? 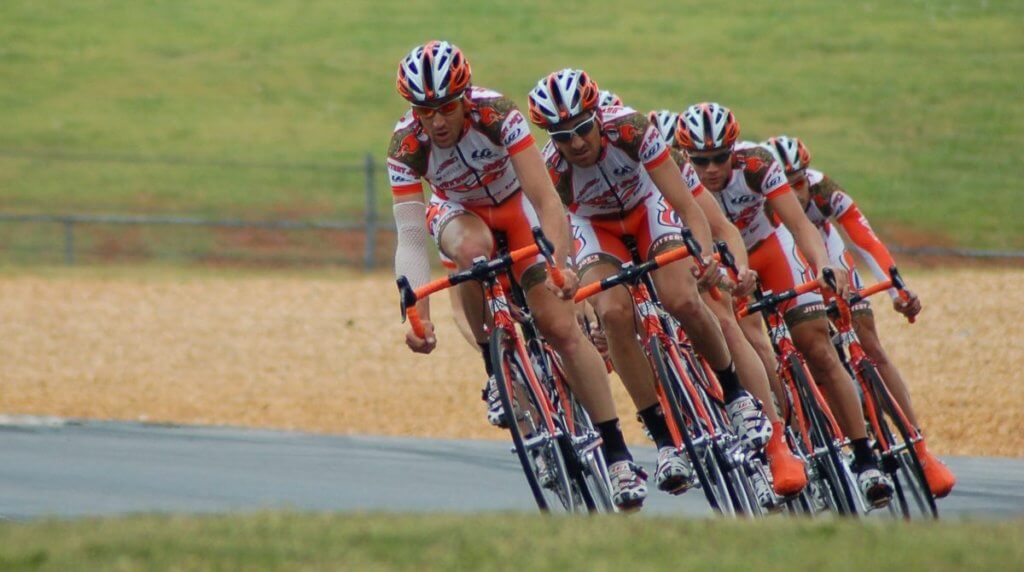 Unfortunately, from my experience, this state of high performance will not be held by the team for long without some additional external stimuli. In order words, we need to provide the team with enough variety and ambitious goals to support their intrinsic motivation and anxiety, without creating too much stress (change, high expectations) that will kill performance. At this level, the team is goal-driven. There rest they can do themselves.

One thing we have to remember is that the purpose of the team is to create value. The value for the customers and for the organization. So, as a leader, your main task in this role is to outline the direction, immerse them in the long-term vision (attached to values and mission of the organization) and set short- and mid-term goals. If you do this right, the rest will be achieved by your highly-motived, highly performing and self-organizing team.

There is also an interesting concept presented by A. White in his paper “From Comfort Zone to Performance Management”. He takes the linear Tuckman model of group development and put’s it into a recurring cycle of Transforming => Performing => Reforming.

According to White, it is possible for the team to increase performance regularly in those cycles. During the initial stage of transformation to new performance, there needs to be time for the team to acquire new skills, people, and resources to research new ideas and ways of working.

Therefore, for the team to reach the new performance level, the goals/targets set before them should be achievable with the new skills developed by the team during the previous transforming phase. 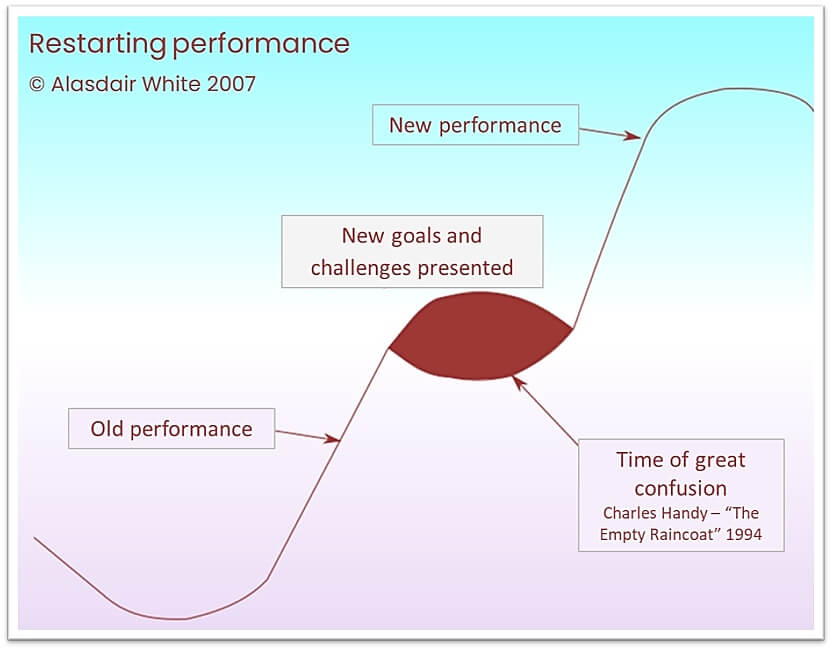 To summarize this – when you see that the performance of a team is stable (or starting to decline), it is time to set new challenges for them. Just remember to give them enough time to learn new things and research the new possibilities/areas in order to keep the right balance of motivation and anxiety.

A good example is when a project team is at the verge of starting something totally different – an ambitious goal to research and develop a completely new version of the service using a new and, hopefully, exciting technology. In my opinion this is a great opportunity to reach new heights of performance.

As a leader, you can do your best to help the team stay in this stage of high performance and self-organization. Here are some tips: 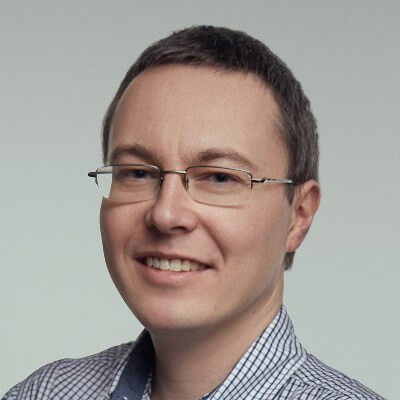 My passion is to enable people and teams to grow and improve their effectiveness. In order to do it, I work as a trainer, scrum master, agile coach, mentor and in other various roles. I am also a co-creator of Agile Wroclaw community and co-founder of Fundacja Zwinnosc.

My current area of interest is the challenge of creating the right environment to empower self-organization in self-managed organizations.