EDITORIAL
1 . Are We Asking the Wrong Questions? (I)
2 . Ten Questions to Expose the Culture
3 . Daily Standup Purpose
4 . Adapt or Think Ahead?
5 . Mindfully Agile
6 . The Illusion of Control
7 . Vigilante-European-Know-It-All Guy
Quotes
Seriously?

I travel a lot, and I meet a lot of people. Most of the people I meet are just that: “people I meet”.

But from time to time, I meet people that leave a life-long impression on me: some positive and some negative. One of these was a 12-year-old boy, dressed in a very worn and very dirty blue and white school uniform, on the streets of Pune (India), outside the entrance to one of the many slum areas.

At that time, I had been living in India for a month, working on a large IT project. As usual, I had put on my sneakers and had gone walking around the city – not on the high streets, with all the other white folk – but in the residential and shopping areas of the local Indian citizens.

The high streets were like a hunting ground for beggars, pulling all kind of scams on whoever looked like easy prey.

And I must admit that at that time beggars were beginning to get on my nerves; not the fact that they were there and were begging – it was India; I had expected that from the beginning – but partly because I was beginning to change into a cold-hearted person that did not care anymore, and partly because some of the beggars’ scams were so obviously a scam that I felt it was an insult to my intellect.

When you have been approached a couple of times by the same two sisters begging for money, one of them pretending to be blind, you start to notice that it is not always the same sister that is ‘blind’.

Or when you have seen a 12-year-old ‘mother’ with her newborn baby, begging for money, constantly repeating “No milk” and pointing at her pre-teen breasts, “Need milk, please sir” and pointing at the baby, then running into the slum to return the baby and split the profit with the real mother, you start to get cold-hearted and a bit pissed off on behalf of the vast majority of the hardworking Indian population.

So, when that boy came up to me, and said, “I have a letter for you” and handed me an envelope he had clearly held for a long time, I immediately suspected his scam: he had found a trashed school uniform in a dumpster and had got someone to write a letter saying he needed money for his education.

And I was right: the letter started “Dear Sir, Rajani is a very gifted student, coming from a very pure family …” going on to say how many sisters and brothers he had and how his father had been killed working in the construction industry, and … and … It ended up listing what he needed to complete that semester in school.

And the scam was so perfect that it looked as if the letter were ‘signed’ by the principal of the local school – some smeared ink could look like an official school stamp.

I looked around expecting to see some adult hustlers monitoring how their golden calf was doing.

The only one I saw was a security guard from my building complex on his way home; he smiled to me and pointed up the road to Bishop School. I interpreted his gesture as “Ok, let’s take this boy to the school, so they can handle the misuse of their name”.

The guard took the boy’s hand and started walking to the school, talking Hindi to the boy – I was a bit proud: justice in the making, “one down – 1,000 to go”.

When we got to the school, the guard handed the boy over to the school’s security guard who recognized the little hustler – ok, it was not the first time that this joker had been caught.

When we went into the administration office, things changed – the secretary knew Rajani, and was so happy he had found a sponsor … I was so astounded that I nearly could not move a muscle, and so ashamed that I had taken on the role of vigilante-European-know-it-all guy.

I had never before been so wrong in interpreting a situation, anywhere in the world.

It took some time before I realized that no one knew my original interpretation of the boy’s intention: everybody thought I was a genuine white wealthy Christian saint, so I put on my poker face and negotiated a payment plan for notebooks, pencils, school uniforms, school lunch, milk and … quite frankly, 1½ years of schooling sponsorship for Rajani in India – which was not more than my own three teenage kids would burn off over one weekend in Europe.

It is the same with a project team – do not enter the team with the attitude that you know it all, and that you shall now take control of everything, and do what is right.

It may come as a big surprise for many IT Project Managers but:

you do not know everything, and you shall not control everything

If you really know everything, you should not be an IT Project Manager; you should be a specialist in the team, where your expertise is not wasted on managing the team.

Project management is a discipline; it takes skill, training and experience to master.

It is not something that automatically falls down from the sky after you have programmed C++ for five years, Java for three years and have been an infrastructure architect on two large IT products. That does not turn you into a Project Manager: it turns you into an experienced IT specialist.

Unfortunately, project management is a natural career move in many IT companies for experienced programmers and architects.

You can always spot a project that is running under the command of an IT-Specialist-Project- Manager. I deliberately use the word ‘command’ instead of ‘managed’, because that is precisely the difference.

A manager manages the project, but if you know everything – and actually think you could have done it all by yourself – you tend to step into a command role: commanding people to do this and that, without asking the team for solutions, without opening opportunities for creativity and innovation.  Why bother, when you know all that needs to be done?

I would at any time choose a Specialist-Project-Manager if the project was to build twenty identical houses according to the drawings and specifications from an architect and a building engineer.

But when we are talking about an IT project it is never that defined or structured.

With an IT project, the building bricks are not the same size or shape as the bricks in your last project; the methods for handling the bricks change, even in one project’s lifetime, but what is more important is that the goal of the project keeps changing all through the project.

You could even ask, “If a company had all the specifications for an IT project, did not care what was going on in the real world and just wanted the project finished using the known tools and methods, would they need a Project Manager at all? Would not the project be better off with a librarian-style secretary to help find the documentation on these known tools and methods?”

There are IT Project Managers like that, and there are companies where these managers are considered excellent managers:

Most IT guys know these managers, and hate them, but at the same time they accept them as experts and let them carry on.

If you approach the team with that know-it-all attitude, they will automatically categorize you as a Specialist-Project-Manager – even though you are not. They will stop being creative and innovative, go into autopilot mode, and will not do anything unless you tell them when and how to do it.

If you are a very experienced IT professional, use your experience to guide the team in the right direction; do not take their jobs from them, manage them – that is what you are there for. Steer them out of trouble and inspire them. Who knows, the knowledge they are gaining from the project and the solutions they come up with, might even impress you…

By the way, a couple of months after my first meeting with Rajani, he came and visited me together with his mother and his younger sisters: Rajani in a brand-new school uniform, proudly showing his latest English essay with his teacher’s excellent remarks.

Over an hour, we drank tea and ate ice cream. Rajani’s sister was scared of a wooden cobra I had on the table and got so attached to the teddy bear I replaced it with, that she had to take it home.

Rajani translated the few things his mother said and he told me about school and his family … Ten times he mentioned that his sister was very gifted and should start school in a month … but this time I got off with a bowl of ice cream and a teddy bear.

I still have the wooden cobra on my desk, to remind me of Rajani and that I do not know everything and should not act like I do. 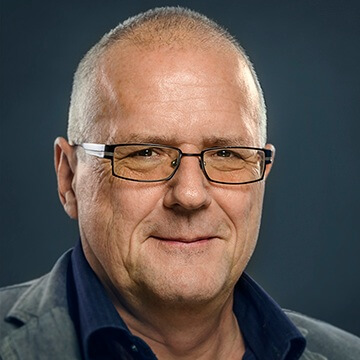 Looking back on the last 30 years of my professional engineering career your will note a clear green line of management.

My favorite project model is old school Scrum –not customized in any way, not forced into a P2 environment or extended into “scaling” models– just a dedicated team running Scrum in a company that have fully embraced Agile.