The past, present, and future of Agile's most important event

Retrospectives –the art of inspecting and adapting– are core to agility. After all, if you were to define “Agile” in just two words, you would be hard pressed to find better words than “continuous improvement”, and the retrospective is the meeting that catalyzes this improvement process.

But retrospectives are not as simple as they first seem. To understand why, we have to go back in time.

How can a meeting designed specifically for Agile organizations to reflect on team issues be anything like the dark, delicious beverage beloved and celebrated around the world?

I know this comparison sounds strange. But when you examine the evolution of coffee and retrospectives they share one common thread – three waves of adoption.

Retrospectives pre-date Agile. Originally known as “project post-mortems,” these meetings were first popularized by project managers in the late 90s to examine issues the team faced at the end of a project –they run infrequently and generally without impact. Over time, these meetings evolved and were expanded.

Instead of waiting until the end of a project, the team would meet at the end of a sprint within the project in order to find ways to improve before the project’s completion. Thus, what we now recognize as a retrospective was born!

In 2001, the retrospective’s place in Agile was solidified with the adoption of the 12th principle of the Agile Manifesto:

“At regular intervals, the team reflects on how to become more effective, then tunes and adjusts its behavior accordingly.”

As Agile practices became adopted by more and more teams around the world, the first wave of retrospectives had begun.

Remember how I said retrospectives are like coffee? Let me explain. In both cases, we see the original product (coffee) or practice (retrospectives) evolve as more people create and innovate in the space. And with each new wave of innovation, the product ideas and utilization habits grow.

Now let’s look at the First Wave of coffee.

While the coffee plant has been used in myriad ways for centuries, coffee, as we recognize it today, began to be mass-produced after hitting the European market in the early 19th century.

The ability to mass-produce coffee meant the drink became easily available to the general public. But, with the successful commoditization of coffee to enable mass consumption, the quality of the drink suffered, and there was little to no room to customize the flavor based on preference.

Simply put, the focus on quantity meant a lack of quality. I still experience this first wave of coffee every time I share a cup with my grandfather whose only source of coffee comes from the back of the freezer in an old Folgers container. From his perspective, it meets his basic needs of a simple black coffee. 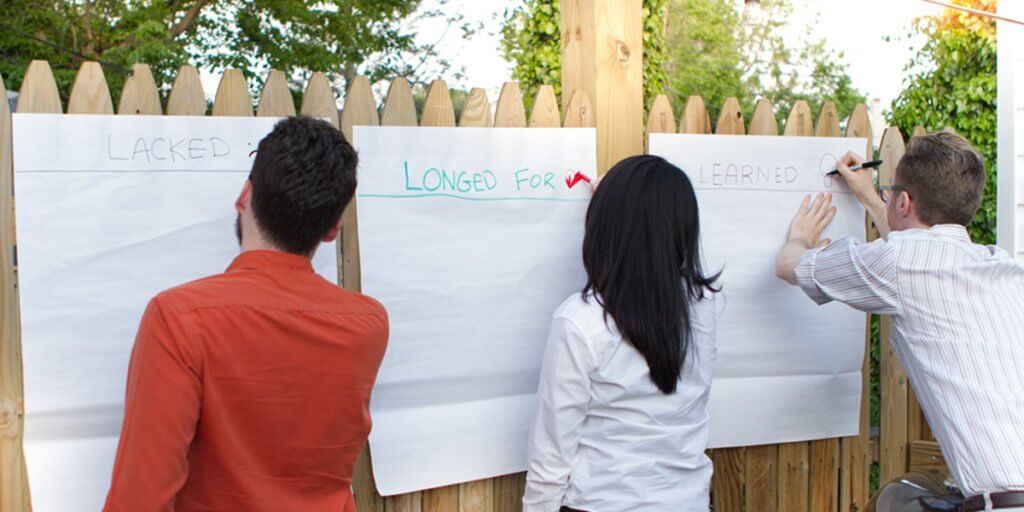 The First Wave Retrospectives are not that different from the frozen coffee in the back of the freezer. When one of Agile’s most popular frameworks, Scrum, started to encourage teams to run retrospectives at the end of every Sprint, we saw the start of the mass consumption of retros.

But with this mass-consumption without guidance, there is little knowledge on how to run retros effectively resulting in a low-quality experience that led many teams to skip the meeting entirely.

Instead, the retrospective meeting is treated as a basic commodity viewed only as an item on an Agile checklist.

Retrospectives, in this wave, are run either on an infrequent or irregular basis or are run ineffectively due to a lack of facilitation. These First Wave Retros then quickly become about as good as my grandfather’s frozen coffee.

The introduction of Starbucks in the 1970s to cities around the world revolutionized coffee and brought us a more customizable, higher quality experience people were happy to pay more to enjoy. People became defined by their orders and celebrated the uniqueness of their coffee.

They would meet for coffee and relax for hours enjoying your special, just-for-you brew.

The Second Wave Retrospectives era began in 2006 with the publication of Agile Retrospectives: Making Good Teams Great, by Esther Derby and Diana Larsen.

In the book, Derby and Larsen introduced the five-phases for effective retrospective facilitation and encouraged the use of a variety of techniques and activities, such as Start-Stop-Continue, 4Ls, and Circles and Soup. These activities ultimately help raise the quality of the retrospective and help teams become more effective.

As teams move into the Second Wave, they find that the engagement in and effectiveness of their retrospectives increases. Just as coffee shops introduced more options and a better coffee experience to the masses, Derby and Larsen enabled more teams to customize the retrospective experience to better fit each team’s unique needs.

But a Third Wave is on the horizon.

The Third Wave of coffee is defined by a desire to enjoy coffee as an experience that extends well beyond the cup.

Third Wave Coffee is artisanal and sustainable. Drinkers do not simply want caffeine or a cup of joe out of habit, they want to know where the beans came from, how they were harvested, and how long ago they were roasted. They want to meet the barista; to know her life story and to be part of her community.

Third Wave Coffee drinkers do not just want coffee. They want an experience and to be part of a movement and subculture.

The early signs of the coming Third Wave of Retrospectives continue to show parallels with the Third Wave of Coffee in that it is an artisanal, sustainable, and cultural experience.

This new wave of retrospectives differs from the first two iterations in that they look beyond the team to the program, portfolio, organization, or even the broader market. Facilitators are able to bring their own unique styles to the meetings and introduce innovative retrospective agendas to their team and peers.

Third Wave Retrospectives ask teams to not only think about local, team-level optimizations but to also consider the business itself in an attempt to help companies achieve technical and business agility. In fact, where teams and facilitators were largely encouraged to remain focused on their circle of influence during the Second Wave, Third Wave Retrospectives elevate the discussion beyond what the team can solve on its own to include larger issues the organization will need to inspect.

Are we in the third wave of retrospectives?

A number of Agile scaling frameworks – Less, SAFe, and Nexus, to name a few – outline the interconnectivity and culture-building aspect that we will see in Third Wave Retrospectives.

Agile practices, including retrospectives, promote quick innovation and help teams adapt. As a result, I think we will see teams that can create enough buy-in on the retrospective process to move through the waves quickly. The road has been paved. It will be up to the teams when they decide to take the journey.

I have no doubt that we will begin to discuss the impact Third Wave Retrospectives are having on our teams and organizations in the coming months. Perhaps even over a nice cup of artisanal coffee.

(2)  “The Journey of the Bean” infographic gives an overview of this journey. Source: Toby’s Estates

I am David Horowitz and these are my agile-thoughts​ 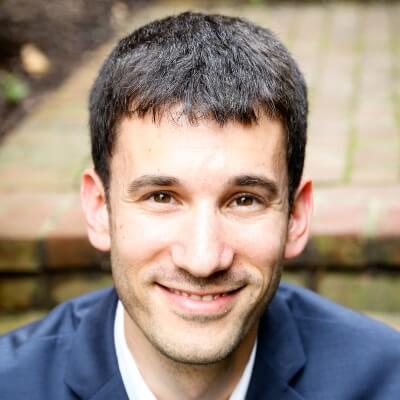 David Horowitz is the CEO and co-founder of Retrium, a platform for agile retrospectives. He has 15+ years of experience as a software developer turned agile coach turned entrepreneur.

David has degrees in Computer Science and Economics from The University of Maryland and a Master’s Degree in Technology Management from The Wharton School of Business. He lives in Maryland with his wife and four children.