7 . A Perspective on Business Metrics (II)

In the first part of this article, we mentioned how traditional business culture still celebrates “having the answers,” while a modern business culture is based on inquiry –which represents new skills for leaders.

We proposed to begin with an overarching question –“How does our internal operation drive fulfillment of our brand promise?”– followed by three other questions, which together provide a framework for dialog and development of proprietary success measures.

⊗  What key competencies and capabilities might be required to achieve this excellence?

Certainly, identifying a new way to excel will demand new competences, and impact the culture. The Clinic targeted new skills for both listening to customers’ concerns and developing junior staff to be able to identify and answer “doctor-type” questions. They learned to address questions that could previously only be answered by someone with a D.O. degree.

A group of scientists working in the research division of a blue-chip pharmaceutical company lived in the core promise that they were ‘the best scientists money could buy’. When challenged by a new CEO to increase their pipeline of new drugs —already the best in the industry— they had a tough problem. Frustration and anger came into play. 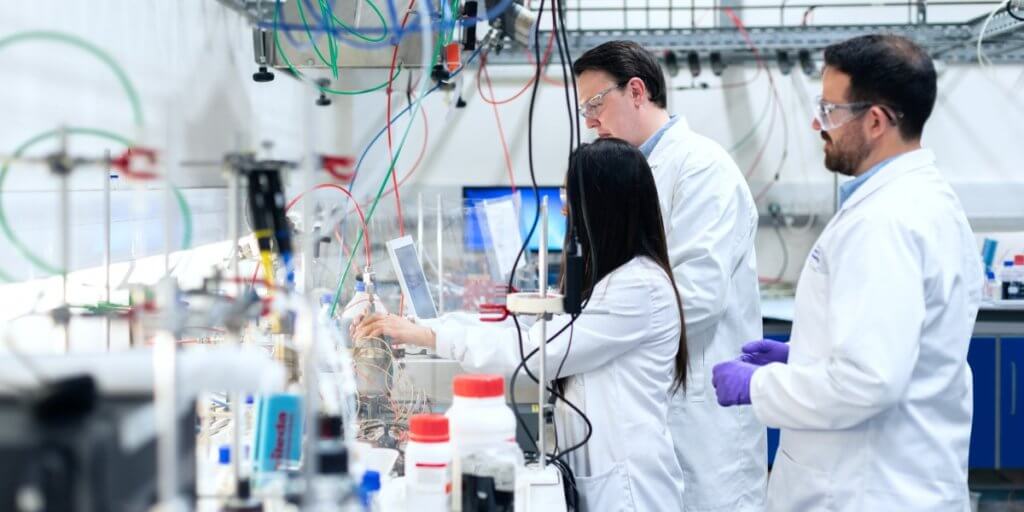 The breakthrough came from identifying a new way to excel: they decided to measure how fast they could eliminate potential “new drug candidates.”

That decision represented a major break from their academic tradition, which was to keep projects funded for as long as possible. Certainly, a new skill set and a different way of thinking arose overtime.

The key point is that, in one tough day’s inquiry they moved from being angry that their way of doing things was being questioned, to being excited about developing new skills that fit with their commitment to scientific excellence and would also satisfy the CEO’s demand for increased productivity. 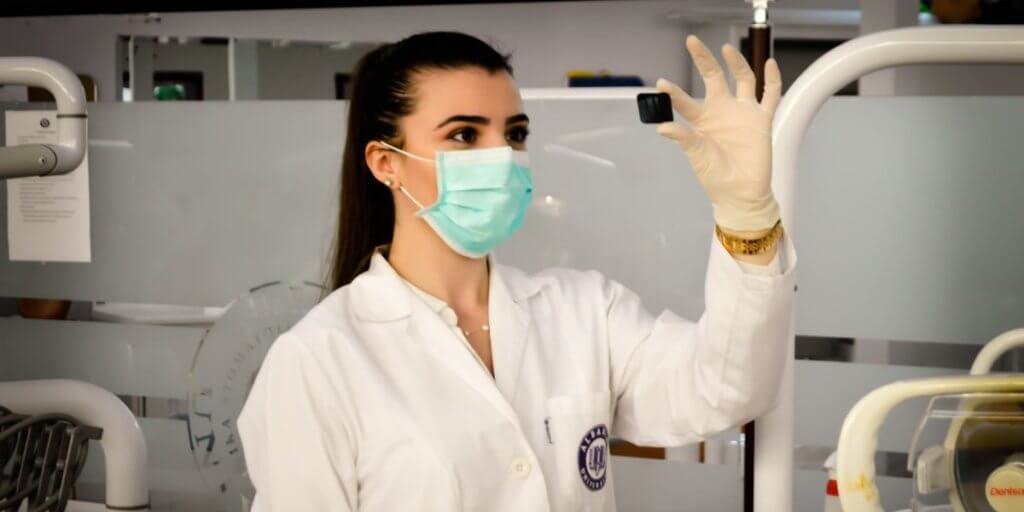 Exploring the question of capabilities and competencies that pay off your core promise will help define how you might prioritize investment of your resources —both tangible and intangible. It is another way for an executive to generate advantage by being a better customer for your enterprise’s performance.

What does not work is to create a laundry list of all business processes and seek out so-called “best practices” for each. In any organization, there are just a few processes that truly give you competitive advantage. Your task is to identify them. The rest might be called “hygiene” factors.

For example, paying taxes on time is a hygiene factor. To not do so will get you in trouble. To do so, on the other hand, does not create any competitive differentiation.

In a world demanding constant improvement and innovation, defining success measures is most effective as a collective process: refining questions, bringing forth knowledge available within the whole system, and articulating grand strategy into a “line of sight” for every player.

The role of the senior leader is to set the stage, ask catalyzing questions which wake people up and stimulate their thinking, and –most important– be prepared to be transformed by the conversations.

While some of the questions above have pointed to elements of culture, we are calling it out separately as a domain for reflection and inquiry. Not only can it generate distinction and competitive advantage, but it will also have enormous impact on your ability to fulfill your core promise. The skill to use this opportunity is rare; herein lies another window where you can bring value to your enterprise.

The term “culture” has become fashionable in the last decade and is often tossed around in a shallow way.

Do not be fooled: culture is a powerful force. It determines three of the most important factors in the success of your business:

Beyond, or beneath, all the skills, business processes, procedures and infrastructure, culture is a deep-seated and systemic glue that holds the company together.

It is an often-invisible system of beliefs and assumptions, which as maddeningly invisible as it can be, is key to the organization performance. It is the basis of the questions people ask and the behaviors they exhibit.

Because of its invisibility, the whole issue of culture has been considered a fluffy topic. The only measures that mattered were concrete financial and operational ratios and statistics. Employees worked, according to this story, because they wanted to get paid and get ahead. Period. Executives were taught that “real managers” focus on concrete, objective data to make decisions. The rest is the “soft stuff”.

As it turns out, the soft stuff is the hard stuff. The drivers of those tough-guy statistics are internal and largely invisible. Few executives have gained the skills to work with the invisible soft stuff, and those that do reap well. Building a culture that sustains inquiry when you are not in the room is a domain of mastery unto itself.

At the same time, culture re-establishes itself daily. Positive cultures can be destroyed in a matter of weeks or months as a result of changes in leadership, or post-merger integration blunders. Leadership is the key influencer of culture.

Culture may well be the richest mine you explore, for two reasons. It determines how well you can fulfill your brand promise. And it is still a relatively new arena for competition: you could become the best in your industry.

Some thoughts about traditional business metrics:

We invite you to insist on addressing all four of the above questions and devising three to five proprietary success measures that will distinguish your organization.

Such an investment will enable your people to literally see something new, and to design action that was not possible before the new measures were defined. Your competitors will not be able to do the same. They cannot see what you are observing inside your organization.

For instance, in its glory days as a product innovator, Hewlett-Packard introduced measures that tracked the percentage of sales revenue derived from products that had been introduced within the past 12 months. Use of this metric, particularly tied to such an important top line financial indicator, had the effect of constantly encouraging questions and practices that stimulated innovation.

A company employing a similar approach now, focused on innovation and product development, might use the following key measures: 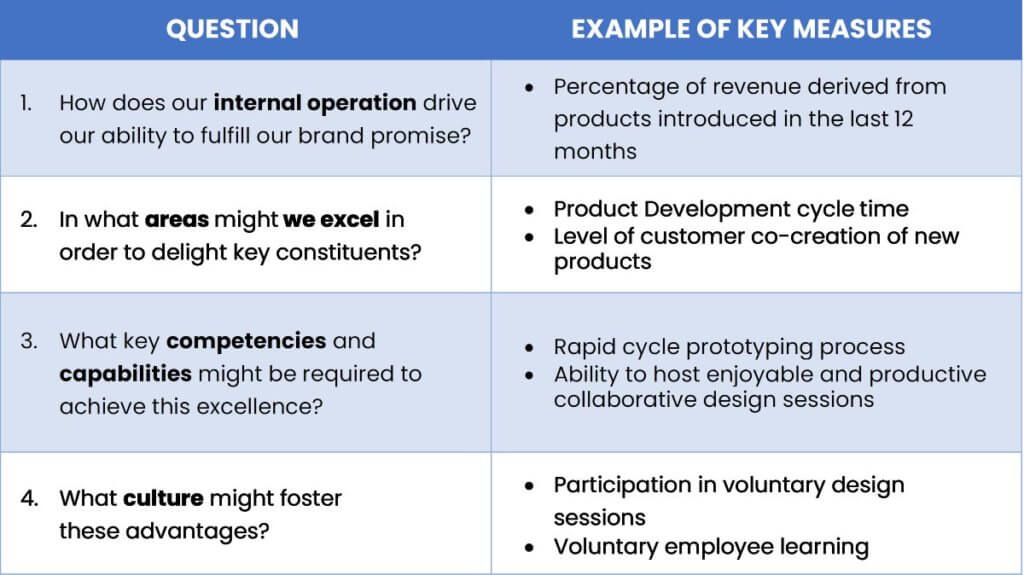 Major corporations have operated on as few as five primary measures. Your measurement system is like the dashboard on your car: there are a few really key indicators, such as speed and fuel level that are essential, and a number of others that really are only “idiot lights”, telling you when something is way off, but not normally needing attention.

Developing too many indicators makes it too hard to pay attention to any of them. Advantage will come from a few compass points that uniquely define the benefit your business delivers –and he direction your business is headed.

A process of questioning the “known” is a generative and evolutionary act, which equips a group of people to collectively create a new reality – also known as innovation.

Proprietary measures are cultivated by reflective inquiry, and honed through open collaborative conversations. Asking compelling, open-ended questions about how you might observe company performance is an excellent way to engage interest, and to increase committed participation of the entire enterprise. Rather than becoming a dry update about last quarter’s figures, you can be an executive with whom discussing performance is a vital, forward-looking conversation that sparks collective intelligence.

What if executives are invited to take on new competencies for cultivating inquiry and for becoming to become more effective internal customers?

In what areas might your company excel? For what might you become a fierce customer? What will you measure that inspires your employees to thrive, and your customers, vendors, and shareholders to enjoy doing business with you, that captures the attention of the press and industry commentators, and some other variable that you may invent?

“We human beings ask questions, and the answers that we accept determine the nature of the questions that we ask.”

I am Marsha Shenk and these are my agile-thoughts​

Marsha coined the term Business Anthropology in the 1990’s, claiming that commerce, society, and the brain co-evolved.

Her passion is helping people overcome the forces that make “work,” “career,” and “business” sources of stress, rather than enriching, collective experiences.

In 2019 she founded EcosystemiQ, which views businesses and communities as ecosystems that are comprised of interdependent, living networks that are constantly responding to change.

A popular speaker and a beloved teacher and coach, Marsha continues to illuminate how to cultivate collective wellbeing in commerce.